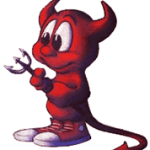 I have installed various BSD class of operating systems earlier also, but when I installed FreeBSD 9.1 this time, I noticed that the default disk partitioning options have changed in the installer. By default if the automatic partitioning option is chosen, FreeBSD creates GPT (GUID Partition Table). I decided to proceed with all default options except the timezone settings were changed to IST.

At the end of the install, the system refused to boot from the hard disk. I thought this is because the BIOS may be configured to use the UEFI (Unified Extensible Firmware Interface) being configured in BIOS as the laptop had windows 7 installed in it. I tried changing the setting to – disable, EUFI/legacy, legacy – but still the laptop did not boot. Upon my research on the internet I came across – https://wiki.freebsd.org/UEFI. Here it was mentioned that –

Partitions not seen. When using GPT, FreeBSD will create a protective MBR. This MBR has one partition entry covering the whole disk. FreeBSD marks this partition active. This causes at least some UEFI implementations to ignore the GPT. To fix this the partition needs to be marked inactive. This should be fixed as of r251588, to be confirmed.

from the live mode in FreeBSD confirmed that there is an MBR partition created and the flag 80 (active) has been set on it. I booted from a linux CD and ran

to confirm that this is indeed the case. So I used linux fdisk to remove the active flag (toggle option), but this did not help me.

At this moment I decided to drop this issue here and take the easy way out in order to get the operating system installed. During the installation this time I chose manual partitioning –

During the end of the installation an option to go to shell for additional installation is provided. I selected that option and then ran the

utility and selected options as follows –

Selected all the desired software and finished the installation. The reboot took me straight to FreeBSD.

The available locales can be checked using the locale command. In order to find out the UTF-8 locale which are installed –

In order to add the support for this locale, following lines need to be added in /etc/login.conf –

Since I wanted to get a graphical desktop on the laptop, I need to install X windows, a window manager and some other graphical tools like browser etc.

Configuring X and starting is done as below –

Following two lines needs to be added to

for the X to work correctly –

to launch the X. May be later on I will install one of the display managers to facilitate graphical login.

So I am ON with freebsd and now I can start learning/exploring this further and may be try some of the other BSDs along with this as multiboot. I have not really worked on BSDs from quite sometime. I expect this to be a good refresher.