Raspberry Pi And Me

I bought a Raspberry Pi somewhere in March this year. After a very hectic schedule, I managed to find few hours yesterday evening to explore it. I bought the following accessories in order to use it – 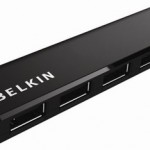 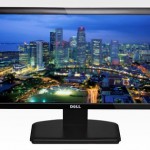 I am using Raspbian (a variant of Debian meant for Raspberry Pi), distributed by the the Raspberry Pi Foundation, which is a little different from the images by Raspbian project.

I had (and still have) some problems with booting while my monitor is connected, perhaps because the HDMI to VGA converter is drawing too much power from the RPi. I need to look into it later.

The initial idea of using it as a light weight desktop environment is not going to work because of lack of flash support, and speed related issues. Although HTML 5 videos can be played, they need a separate configuration for the installed browser Midori. More on that configuration later.

In general it is a bit slower because all the applications are not designed to use the GPU effectively and the processor is too slow by even the standards of a high end mobile phone. Although I am typing this blog post on RPi using Midori web browser, I can feel the slowness while trying to add pictures as an attachment which needs JavaScripts to be processed at client side. I tried opening up the Yahoo Mail earlier today, it worked but it was very slow, almost unusable.

However, I have observed that it is ok for teaching programming to kids and also I can perhaps run it as a headless media player using XBMC and so on. For now I have installed Perl, Python and FreeBasic programming environments on this. All of which should work through command line effectively.

I will make further posts sharing my experience on this credit card size device.

1 Response to Raspberry Pi And Me