Scion of Ikshvaku by Amish Tripathi 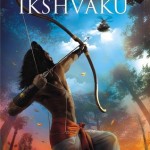 Another historical book by Amish Tripathi. This time he has chosen the story of Ramayan (around 3400 BCE). Its re-telling of the standard Ram-Sita life-story as mentioned in various versions of Ramayan’s by various authors over a period of time. Mostly it seems it has been taken from Valmiki Ramayan as I could not find a trace of Tulsidas’s Ramcharitmanas in it.

The way characters are presented in this book, seems more practical to me and there is no God / Goddess like behaviour being exhibited by Ram and Sita. Their character is purely human, albeit with more mature and practical thoughts. Once again Amish has used the concept of “Nagas” (people born with deformities) to explain Hanuman, Kumbhakaran and Jatayu, which sounds more practical, rather than animals able to talk like humans. This characters of this book must not be treated like religious characters rather it will be best to imagine they just have the same names as of the Ramayan characters and then people will be able to accept this book as interesting thriller.

Even though we all know the story, yet every page turn was worth it and the presentation wanted me to finish and see what’s in store next.

Having a rape case sounding similar to the Delhi Rape case and then pages and pages of lectures by Ram on the Law and how an underage can not be punished because there is no provision for death penalty in law for underage criminals is something which seriously could have been avoided. Were you trying to throw your ideas about the whole “Nirbhaya” issue Amish, if so, I disagree with your thoughts.

Overall, I will be waiting for the next book in the series.

Amish Tripathi is an IIM graduate banker turned full time author. He is passionate about history, mythology and philosophy. “Siva Trilogy” was his first series which got immensely popular.