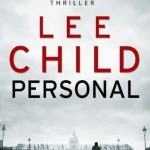 If I remember correct this is the second book in which Reacher travels outside the United States. But the first time he did was not using his own passport and then only a certain part was spend outside the US. In this story he travels to Paris and then to London and most of the plot is outside the US.

Its a bit different from other Jack Reacher series books. Its a little more descriptive than the previous books. In this book, Reacher needed lot of data from various places in order to get going. You can clearly see Reacher’s vulnerability outside the US.

However, overall Lee Child has done a very good attempt on taking the Reacher series in a different direction. This is not my favourite Reacher book, but its good.